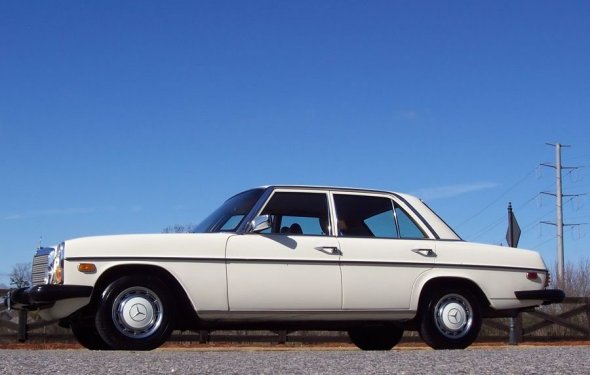 “This diesel issue will not affect their values, which have skyrocketed the past couple years, ” said Phil Skinner, the classic car analyst for Kelley Blue Book.

That’s regardless of the fact that VW's own cachet dropped precipitously since Chief Executive Officer Martin Winterkorn announced his resignation. Winterkorn denied allegations that he knew of the defeat device the company installed in diesel-powered cars so they would excel on Environmental Protection Agency emissions tests.

“Reputation-wise, this is a major blow, ” said Lisa Copeland, a managing partner at the nation’s top Fiat dealership and member of the National Chrysler Dealer Council.

But there’s a difference between VW’s current reputational woes and that of its institutional history. For instance, in the worst-case scenario, if its brand in American falters so much that Volkswagen leaves the U.S. diesel market altogether, as some have suggested it might, experts say models that preceded clean diesel technology will remain in demand. (W123 models from Mercedes; VW rabbit pickups; obscure Lincoln Continentals once outfitted with BMW-diesel engines, all from 30 years ago or more). That goes for any diesel-powered conveyance.

“Even with the old Mercedes from the ’80s, everyone understands that those are pretty dirty, ” said Alec Gutierrez, senior market analyst at KBB. Back then, with less-stringent emissions standards for new cars than are in place today, diesels spewed black smudge and rumbled like monsters on the road—and that's not necessarily a negative. People loved them for their high mileage, strong torque, and lower associated costs.

“You knew what you were getting into when you bought it. The automakers didn’t have to lie to the EPA or hack a system, they just came out with it, and everyone understood that it’s a dirty car.”

“The diesel engine is the most energy efficient internal combustion engine, ” maintains Allen Schaeffer, executive director of the Diesel Technology Forum. Schaeffer said it is “a proven technology, ” regardless of the era.

A Mercedes-Benz with a diesel engine retrofitted to run on bio-fuel.

Vintage VWs certainly enjoy more anecdotal popularity with the public than their modern counterparts do. Early examples are icons in the motoring world, with mid-century Beetles and Sambas pulling five- and six-figure sales numbers on the auction block.

And diesel-engined classics in particular, regardless of make, have devoted (if obscure) followings. According to Hagerty, which tracks auction results on classic cars, the most popular vintage diesels are the Mercedes-Benz W123 chassis 240D and 300d from the late 1970s and early 1980s. Diesel-powered Volkswagen Rabbits and Jettas from the 1980s also sell well to buyers who get enthusiastic about obscure engines.

“These are people who love the technology and the quirks that come with it, ” said Jonathan Klinger, a Hagerty spokesperson. (That aforementioned noise and mess and power.) “A lot of people like the fact that you can modify them and run them off of bio-fuel. I don’t see that group being affected by this.”

Travel with us, drive with us, eat with us.

Get our weekly Pursuits newsletter.

Some of the drift has resulted from the evening-out of gas prices between regular unleaded fuel and diesel, which used to be the significantly cheaper option. Klinger says the divide between the lovability of old diesels and the now deception-riddled image of new diesel engines will only deepen if the solution to the current mess involves a planned-for software update that reduces vehicle performance.

It could even mean that vintage-diesel acolytes will cling tighter to their old Jettas and Rabbits.

“Right now, the diesel issue is definitely a problem, ” he said. “But I used to own an old diesel Mercedes, too. It was slow and heavy—but solid. People love them. That’s not going to change.”

Before it's here, it's on the Bloomberg Terminal. LEARN MORE
Source: www.bloomberg.com
Related Posts
Categories
Latest Stories
Enriching the Mercedes-Benz Sport Mercedes-Benz has a rich history of innovation and development that has...
Mercedes 240D engine Auto Parts csaaudxdufvvydubudzsfxeruatfdwvrxacuz > Mercedes Parts...
W123 wagon A lovely example of Mercedes most reliable car the 300 Turbo Diesel Wagon...
Vintage mercedes station wagon It seems like there is always a nice supply of meticulously maintained...