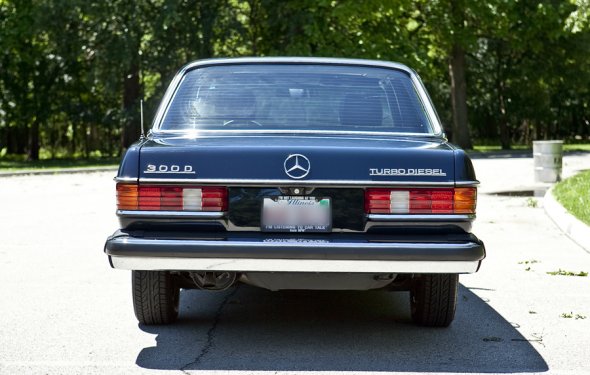 The Mercedes-Benz W123 was built for the 1976 through 1985 model years, and it was a huge sales success. You'll see examples of the W123 still driving every day, all over the world, and the most legendary type is the OM617-equipped turbocharged diesel sedan. Here's a final-year-of-production '85 that I spotted not long ago in a San Francisco Bay Area self-service yard.

Possibly the most reliable automotive engine ever made.

Even with turbocharging, these cars were sluggish compared to their gasoline-engined brethren, and diesels of this era were noisy and less than luxurious. However, car shoppers looking for a machine that could last a half-million miles on the original engine (and seat fabric) went for the 300D.

These cars were incredibly well-built, and they don't break much. Unfortunately, it costs plenty to fix them when they do break, and the fifth or sixth owner of an old E-Class often lacks the funds to replace a transmission or get a complex electrical problem fixed. For that reason, many of these cars end up in a place like this.