The Brown, RWD, Manual Transmission, Diesel Station Wagon – A Comprehensive Guide To That Mythical Beast Of The Internet
May 31, 2017 – 12:48 pm 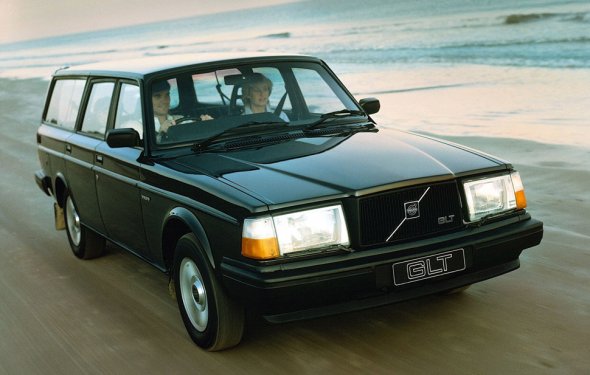 [The good Dr. Rudolf Diesel himself.]

In my “Cars of a Lifetime” article, The RWD Diesel Stick-Shift Brown Station Wagon Mythical Beast of the Internet, I touched briefly on the American car enthusiast’s fetishization of this unusual car. With this article, I hope to provide a comprehensive study into why this particular car has become an object of desire, and the realities of actual availability and sales of the rare beast.

In the post-WWII era, Americans were first introduced to the Diesel-engined passenger car, the Mercedes-Benz 180D, in the 1950s. Production and importation figures are unavailable, but it is difficult to imagine that too many Americans would be interested in purchasing a small, slow, and expensive car that required difficult to obtain fuel, in this era. Sales figures were most likely minuscule. For all of the 1950s, 1960s, and into the early 1970s, Diesel-powered passenger cars were barely a blip on the radar of overall passenger-car sales.

All this began to change in October 1973 with the OPEC Oil Embargo. In retaliation for US aid to Israel, the OPEC nations banded together and raise the price of a barrel of crude oil by 70% overnight, and oil production was cut 5% per month.[1] Gasoline rationing ensued in the US. Car buyers looked for alternative-fueled cars with better fuel economy. During the Oil Embargo, Diesel fuel was often more readily available, largely owing to the fact that it was mostly used for commercial trucking, and almost always sold for a lower price per gallon than gasoline. This was the primary reason for the rise of the Diesel passenger car in the 1970s.

During the same period, gasoline-powered cars were beginning to become more complex. Buyers wanted cars that got better fuel economy, and the government was beginning to mandate cleaner, less polluting cars. The engine bays of new cars became filled with these crude emissions controls devices, their electronics, and yards of vacuum hoses.

In the meantime, since the availability and use of Diesel engines in passenger cars was so minimal, they were essentially ignored by government regulators. Combined with the lack of emission controls, Diesel engines eliminate the entire spark ignition systems (along with their increasingly complex emission-reducing devices) rendering the engine bay of a Diesel car much less complex.

Rear-wheel drive and manual transmissions are also incredibly simple and well-understood systems. In a period of ever-increasing automotive complexity, many enthusiasts appreciated the simplicity of cars with Diesel engines, manual transmissions, and RWD. As for the station wagon part, enthusiasts appreciate the utility of that body style when combined with the ride and handling characteristics of a passenger car.

Why brown? It can only be surmised that brown is the perfect color when reminiscing about malaise-era cars. There really isn’t any other reason.

Having established why this mythical beast is so beloved, let’s look at the actual players in the market – who sold these mythical beasts and who did not.

The first entry into the US market with a Diesel station wagon, Peugeot introduced the 504 Diesel in 1973, and began exporting cars to the US for the 1974 model year. According to Brian Holm, the proprietor of Peugeot Holm, the premier US source for all things Peugeot, and a well-respected member of the online Peugeot Enthusiasts Group, the Peugeot 504 Diesel Station Wagon was sold in the US from 1974-1983. From 1974-1976 the only transmission choice was a 4-speed manual; from 1977-1983 an automatic transmission was optionally available. The later 505 Station Wagon was never sold in the US with a manual transmission.[2]

Peugeot was never a huge player in the American market. For the 10-year period during which the subject cars were sold, total US Peugeot importation was a mere 119, 558 cars.[3] As Peugeot abandoned the US market in 1992, no breakdown of individual models, much less transmission choices or color, is readily available. Even if the wildly optimistic figure of 5% of those cars were brown station wagons with manual transmissions, that is a mere 5978 cars over a 10-year period.

Seeing the rise in popularity of Diesel cars, Volvo wanted a Diesel of their own to sell. However, owing to financial restrictions, the decision was made to outsource an engine, rather than design one in-house. Volvo turned to Volkswagen and purchased their 2.4 liter I-6, as used in the VW LT Transporter, a model not sold in North America.

(Side note: For markets outside of North America, Volvo also bought a 2.0 liter, five-cylinder version of the same engine. Both are related to the 4-cylinder Diesel engines that Volkswagen used in their own cars.)

Importation of the 240/260 Diesel models began in 1979 for the 1980 model year. Because of new emissions regulations regarding Diesel cars that became effective 1/1/1980, Volvo could no longer import cars after that date. Volvo got the engine cleaned up enough to resume importation in late 1981 for the 1982 model year. Importation and sales continued through the 1984 model year, but a few leftover cars got new VIN and were titled as 1985 models.

Production figures from this era are available, but only broken down by body style, not engine, transmission, or color. Combining the 1980 and the 1982-1984 model years, Volvo sold 283, 756 station wagons.[4] Once again, if the wildly optimistic figure of 5% of those cars were brown with manual transmissions, that is a mere 14, 188 cars over a 4-year period. Anecdotal information suggests that Diesel sales were only a tiny fraction of overall sales, so again, this is an extremely optimistic guess.

Source: www.curbsideclassic.com
Related Posts
Categories
Latest Stories
Mercedes W123 manual transmission Just a disclaimer: I did this quite quickly and didn’t pay as much attention...
Enriching the Mercedes-Benz Sport Mercedes-Benz has a rich history of innovation and development that has...
Mercedes 300 series ADDITIONAL MODEL INFORMATION If you re searching for a new entry-level...
Mercedes benz station wagon diesel Straight off the plane and onto the breathtaking coastal roads of Southern...