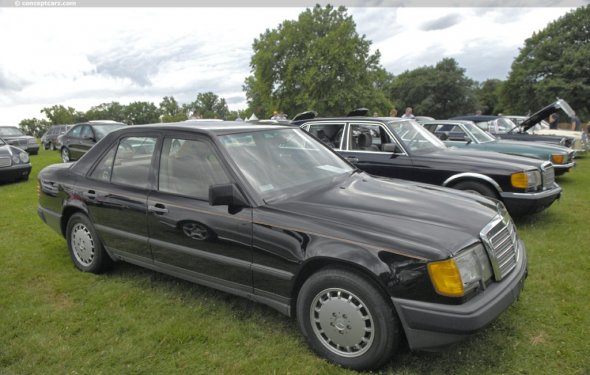 If you're searching for a new entry-level luxury sedan, you'll probably find yourself considering the all-new 2015 Mercedes-Benz C-Class, which has been redesigned to have a sharper look and more equipment than the outgoing model, and the sporty 2015 BMW 3 Series. Both are among the most popular luxury sedans on the market, recording tens of thousands of sales to shoppers interested in a high-end new model without an eye-popping price tag. Both have also gone head-to-head in comparison tests since the C-Class first made its debut in 1994. But these days, which one is better? We took a closer look to find out. First, let's see what's new with both vehicles for the 2015 model year.

The BMW 3 Series receives only small changes for the 2015 model year. Revisions include standard Bluetooth, along with options such as heated front seats, a navigation system, and a power sunroof now available as stand-alone extras.

The C-Class is fully redesigned for the 2015 model year. In addition to completely new styling inside and out, the C-Class boasts new engines, more interior room and additional features. The only carryover from 2014 is the C-Class Coupe, which remains virtually identical to last year's model, awaiting its own inevitable redesign.

In J.D. Power's Power Circle Ratings, the 3 Series earned a 3-circle score, indicating average reliability. While the all-new C-Class is too new to rate, outgoing models earned a promising 4-circle score, suggesting better-than-average dependability. In terms of warranty coverage, the 3 Series and C-Class offer the same basic protection: 4 years or 50, 000 miles of bumper-to-bumper and powertrain protection.

Which is better? Right now, it's too close to call. We'll have to wait until J.D. Power rates the all-new C-Class for reliability.

The C-Class offers two available engines, while the 3 Series offers five options. The midlevel BMW 328i closely compares to the base-level Mercedes C300. Both models offer 2.0-liter turbocharged 4-cylinder engines with around 240 horsepower (technically 241 hp in the Mercedes). The BMW, which features standard rear-wheel drive, returns 23 miles per gallon in the city and 35 mpg on the highway, while the all-wheel-drive-only C300 returns up to 24 mpg city/31 mpg hwy. A rear-drive C300 model, which promises additional efficiency, is due out in early 2015.

BMW also offers three other engines in the 3 Series. First, there's the 180-hp diesel in the 328d, which returns an impressive 37 mpg in combined city and highway driving. Then there's a 180-hp turbocharged 4-cylinder in the 320i, which boasts 28 mpg in combined driving and a 335-hp ActiveHybrid 3 model that also returns around 28 mpg combined.

In all, even compared to all-new competition from Mercedes, BMW offers a wider selection of powertrains and stronger fuel economy. It's worth noting that the muscular C400 offers more power and better fuel economy than the 335xi. In fact, the C400 only loses to the BMW overall because it doesn't offer a rear-wheel-drive variant.

When it comes to crash-test ratings, both cars perform flawlessly. Specifically, the 3 Series boasts a 5-star overall safety rating from the National Highway Traffic Safety Administration (NHTSA), and while the C-Class has not yet been tested, we expect it to equal the outgoing model's 5-star overall NHTSA safety rating.

In terms of equipment, however, the Mercedes-Benz is clearly in the lead. Basic standard features on the models are relatively similar, with any 3 Series or C-Class including anti-lock brakes, side-curtain airbags and traction control with stability control. The C-Class tacks on even more safety stuff, including a backup camera (optional on the BMW), an automatic collision-prevention feature that can apply the car's brakes to avoid a collision, an Attention Assist feature to combat drowsy driving, and PreSafe, which improves the C-Class's restraint systems in the event of a crash. The BMW doesn't offer PreSafe or Attention Assist, and its automatic collision-prevention feature is optional, rather than standard.

There's no doubt that both of these cars are leaders when it comes to technology, but given its all-new status, the C-Class boasts a clear advantage over the BMW.

Examples of the C-Class's high-tech prowess can be easily found virtually anywhere on the car. The sedan offers filtered cabin air, for example, which can even be scented for an improved interior smell. Partial autonomous steering is optional in the Mercedes, while it's unavailable in the BMW. Other Mercedes advantages include available air suspension and an optional Wi-Fi hotspot. Finally, the C-Class's standard 7-inch screen is noticeably larger than the 3 Series' 6.5-in unit.

In the fast-moving world of luxury car technology, newer often equals better. That's certainly the case here; the all-new C-Class is a step above the slightly older 3 Series.

The 2015 Mercedes C-Class offers more power and more equipment than the BMW 3 Series does. It boasts an all-new design and better technology, and it touts additional safety benefits the BMW just can't match. The only problem? Its starting price is considerably higher.

One reason for the price discrepancy may be Mercedes' recently released CLA-Class, which is designed to slot below the C-Class and compete with such entry-level models as the Audi A3 and BMW 320i. Regardless of the reason, the C-Class certainly offers a much higher base price than the BMW 3 Series does. Whether it's worth the extra money is up to you, but we happen to think the BMW offers a slightly better value thanks to its more affordable price tag and similar level of equipment.

It's surprisingly hard to choose between the 2015 BMW 3 Series and the 2015 Mercedes-Benz C-Class. Both offer an excellent slice of the luxury car ownership experience. To us, the difference is simple: The C-Class offers more features, more luxury and more power, and has a higher price to match. It's designed for luxury-oriented shoppers interested in spending more money and getting more in return. Meanwhile, the 3 Series boasts standout gas mileage and lower prices, appealing to the value-conscious shopper. We think a thorough test drive and some serious number-crunching will help you decide which car is right for you.