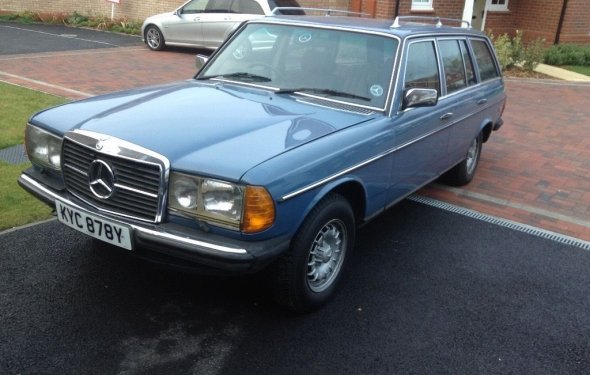 News that the 2017 Mercedes-Benz C-Class Wagon would arrive in North America with a diesel powerplant and all-wheel drive caught many industry observers by pleasant surprise early last year.

Not a crossover, not tall, not be-cladded, not even remotely intended for mass consumption, the C-Class Wagon was destined to be a cult favourite â that’s right, favourite â in The Great White North.Â However, eight months after the announcement, there was still no C300d 4Matic wagon in Mercedes-Benz’s Canadian showrooms. Blame Volkswagen’s diesel emissions scandal for delaying the certification.

Yet TTAC was told just yesterday the C-Class Wagon will appear in Canadian showrooms later this summer with a, how do you say in the Canadianese… minor change, eh?

With 15 months having passed sinceÂ the original announcement, Mercedes-Benz Canada spokesperson Joanne Caza told TTAC yesterday, “There will be no diesel C-Class wagons for 2017.”

In fact, there will be no four-cylinder diesels available in any Mercedes-Benz vehicle, full stop.

While hopingÂ for certification from the United States’ EPA (the Canadian government doesn’t do the testing itself) for the company’s six-cylinder diesel engines, Mercedes-Benz Canada president and CEO Brian Fulton told Automotive News, “Our four-cylinder [diesel] â it’s public knowledge â is off the table.”

Plug-in hybrids are the way forward for many Mercedes-Benz models that otherwise would have been diesel-powered, at least for the time being.

Mercedes-Benz USA has not offered a C-Class wagon since the 2005 model year, the same year Mercedes-Benz Canada allowed the extended-roof C-Class to leave its lineup. For the final two years of the second-gen C-Class’s run, the wagon didn’t make the cut, nor did a wagon variant of the third-generation (W204) C-Class appear in North America.