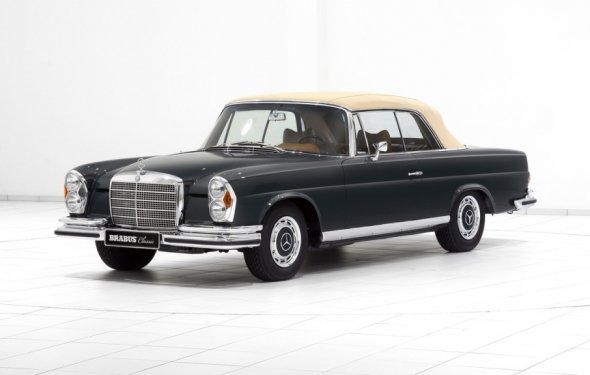 When her daughter Chynna Phillips was born in 1968, Michelle Phillips - co-founder of The Mamas and the Papas - was commuting around Los Angeles in a baby-blue 1967 Jaguar XKE convertible. The design of this roadster is so iconic, one is included in the collection of the Museum of Modern Art, but it was not exactly an ideal mom-mobile.

“I think there were seatbelts, but I don’t remember having a car seat for the Jaguar. So, I would just put this little infant in the front seat of the Jag, and it just wasn’t working out, ” Phillips says. “So, I decided to sell it and buy something more practical.”

On a friend’s recommendation, Phillips drove the XKE to a local Mercedes showroom, where an exquisite, two-tone, silver and black 1970 250C coupe caught her eye. “I got in it and I was just drooling over this car. The salesman came up to me, and I said, ‘Wrap it up.’ He said, ‘Don’t you want to drive it?’ I said, ‘Yeah. I want to drive it out.’”

Phillips has owned and meticulously maintained the car ever since, driving it exclusively until 1989 when her accountant insisted she dispose of some extra income by purchasing another Mercedes-Benz, a smoke silver 560SL, which she also still owns. “I have a tendency to keep things for a long time, ” she says. “But I do not have the room for the 250 anymore. At one point, my significant other was living here and he had a Mercedes. We had cars all up and down the street and in the driveway and in the garage. I said, ‘I can’t take care of this many cars.’”

So she has decided to put the car up for auction. It will be part of RM Sotheby’s Santa Monica sale on June 24, where it is estimated to bring in between $20, 000 and $30, 000. This price would top the high end of the market for these vehicles, as reported by classic car valuation and insurance company, Hagerty. This could reflect the car’s celebrity provenance and single-owner history, as well as the increasing price of this up-and-coming collectible, with its classic lines and legendary engineering and durability.