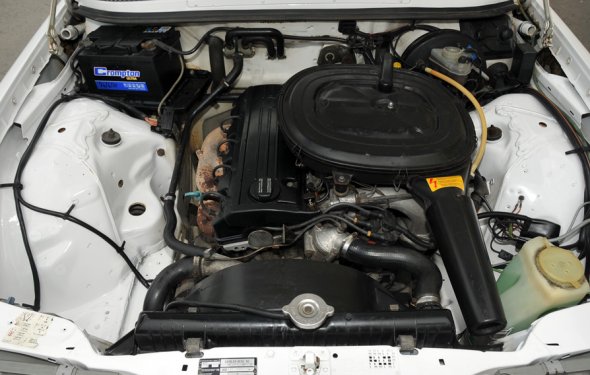 “Look at that classic car, daddy, ” said the small lad to his father when crossing the road to school. His father didn’t even look up from his mobile phone, but this was the moment I realised I owned something a bit special. PetrolBloggy cars aren’t generally appreciated by the man (or in this case, lad) in the street. But the W123 is something different.

Yes, that’s right, I’m the proud owner of a very gold Mercedes-Benz 230E, more commonly known as the W123. If this news comes as a shock to you, try sitting where I am. Me? The owner of a bonafide future classic? Surely there’s been some mistake?

Well given there’s a huge chunk of German metal quite literally filling my garage, it must be true. And believe me, this is a whole new world.

For a start, the W123 is a car that seems to attract almost universal acclaim. From classic car nuts to non-car people, everybody seems to love this thing. For someone who is well practised in the art of defending their choice of motor to anyone who will listen, this is completely alien. Everyone seems to get the W123.

Of course, everything that could be said about the Mercedes-Benz W123 has already been written. The best engineered car of the 20th century. The high point in Mercedes-Benz history. Built to a brief, not a budget. A car to survive the apocalypse. That kind of thing. PetrolBlog is about championing the obscure and the mundane. So what on earth is a Mercedes-Benz W123 doing here?

Quite frankly, I couldn’t let it leave the village. Even though it cost more than I’d usually spend on a car, I just had to have it. All of which means the Citroën AX GT restoration will have to wait another few months. More on that another time.

So what can I tell you about this particular W123? It’s a 1982 car that was supplied new in Exeter. The history suggests it has spent its entire life in Devon. As a 4-cylinder model it has the lower-spec, but in my opinion, lovelier, twin-lamp headlights. It’s still running on its original steel wheels with those glorious colour-matched hubcaps and it has the most relaxed and leisurely automatic transmission I’ve ever experienced.

I thought the Honda Accord was slow, but the Japanese saloon is positively whippet-like compared to this lethargy-enriched saloon car. Not that this matters, because the W123 is an absolute master at going slowly. It rolls, it pitches, it wafts, but it never does anything in a hurry. Time stands still when you drive a W123. And that’s a very good thing.

Aside from the Saab 9000, this has to be the most comfortable and cosseting car I have ever owned. In fact it puts many new cars to shame. The Rolls-Royce Wraith and new Volvo XC90 are the only cars that manage to beat it. And I’m comparing the 33-year-old Mercedes-Benz W123 to cars with some seriously expensive air suspension.

Inside it has electric windows, an electric sunroof, wood-effect trim, a Blaupunkt Melbourne radio-cassette player, the original carpet mats and a brilliant heating and ventilation system. It’s such an old school thing to be able to blow cold air at the same time as directing heat towards your feet. I’d go as far as saying the interior is almost mint. It’s as though it hasn’t been sat in, which highlights just how well these things were built.

I’ll be the first to admit I’m a bit of a W123 novice, having only previously experienced them from afar. But through articles, books and videos I’m learning fast and beginning to appreciate just what it is I have bought.

It’s far from perfect. The electric aerial doesn’t work, which as PetrolBlog’s regular reader will testify, is a big thing. There’s some surface rust at the front. The engine is pinking under heavy load. And she’s running a bit rich. But a winter hibernation should give me the chance to sort these issues. I get the feeling that this is one car where spending money could actually be a wise investment. Time will tell.

So treat this as an introductory piece. A warm welcome to the PetrolBlog family, if you will. I’ll be using this page to provide updates on living with a Mercedes-Benz W123 and will be launching similar sections for other members of the fleet.

Source: petrolblog.com
Related Posts
Categories
Latest Stories
Mercedes W123 manual transmission Just a disclaimer: I did this quite quickly and didn’t pay as much attention...
Enriching the Mercedes-Benz Sport Mercedes-Benz has a rich history of innovation and development that has...
Mercedes 300 series ADDITIONAL MODEL INFORMATION If you re searching for a new entry-level...
Mercedes benz station wagon diesel Straight off the plane and onto the breathtaking coastal roads of Southern...