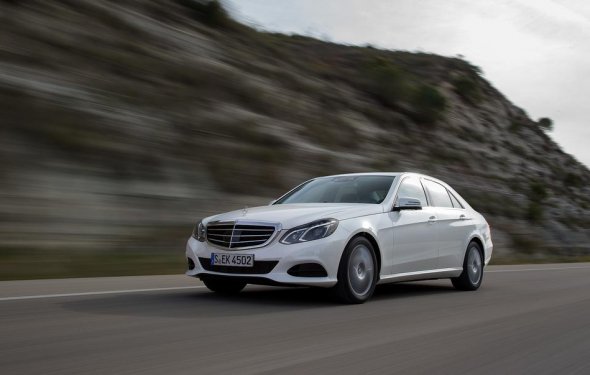 Mercedes-Benz has dropped its plan to sell 2017-model-year diesels in the US. "The market share of diesel cars in relation to total sales is less than 1 percent [in the US], " Rob Moran, a Mercedes-Benz spokesman told Roadshow. "Combined with the increased effort to certify diesel engines in the US, we have put the certification process for diesel passenger cars on hold."

Mercedes diesel fans can now comfortably use the line, "Maybe next year, " knowing the Chicago Cubs no longer need it.

Late last year, Mercedes-Benz halted plans to bring a C-Class diesel to the US, in favor of ushering over a diesel, which the automaker believed would be a better seller. Now, it appears neither vehicle will appear at US dealerships - for the 2017 model year, at least.

There's a chance Mercedes may try again for 2018. "We have not decided to withdraw diesel in the USA, " Moran said. "We constantly review our portfolio offerings and make adjustments to meet immediate customer need. This led us, for example, to postpone the C300d and prioritize gasoline engines in our passenger car lineup."

Getting a diesel certified for sale in the US is much trickier than it was before. Thanks to Volkswagen's years-long attempt to cheat the system, federal regulators have strengthened the diesel certification process, ensuring that vehicles have emissions within legal limits.

For years, Volkswagen sold diesels with software that could curb pollution when it detected an emissions test, only to pollute in excess of legal limits when on the road. After admitting to this malfeasance, Volkswagen stopped the sale of new diesels and has since agreed to more than $20 billion in restitution for owners and regulators.