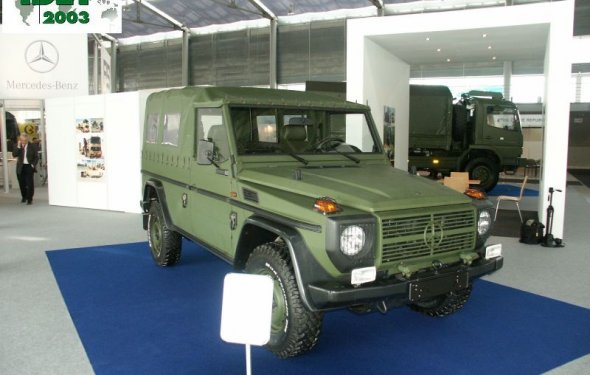 Tough and timeless, these rugged SUVs are made to tackle any and all obstacles.

Yes, we celebrate progress and technology. Over the past few decades, cars have become faster, safer, and so much cleaner.

Our own effort has been reduced to a minimum: As we approach a modern car, it unlocks itself. The engine starts with the push of a button. Gears are selected automatically, and we are surrounded with comfort features such as automatic air conditioning and cutting-edge infotainment systems. Nanny systems monitor our every move behind the wheel, ready to intervene whenever they believe things could go wrong.

In the interest of safety and comfort, the act of driving has become controlled and cushioned beyond recognition. Driving, and the basic technology that makes it possible, are hidden beneath a layer of electronics and luxury features. And how long will it be until your car reports you to the authorities when you break the traffic laws?

All the vehicles in this list can trace their automotive DNA back countless years and decades. The Jeep Wrangler, for example, came about because the U.S. need a go-anywhere vehicle during Word War II.

Does this reality and the prospect drive you crazy, too?

Then these five off-roaders, which you can still buy right off the dealer lot (depending on where exactly in the world you call home), will definitely make you smile. They have kept the raw emotional appeal that comes with old-fashioned, visible technology. And their initial styling has hardly been changed over the years.

Sadly, only two of them are available in U.S. The others are deemed too rough by their creators, or by our authorities and regulations. Nevertheless, we love them all!

Here is the list of the best old school off-roaders, in alphabetical order:

Roof down and doors off, the way a Jeep was meant to be driven.

The iconic Jeep first appeared in 1942, in the midst of World War II. It transported GI's to the world's battlefields - and afterwards, it became a symbol of reconstruction that dominated the streets for years after the war was over.

Jeep has changed hands several times; after Willys-Overland, then Kaiser, it moved under the umbrella of AMC in 1970 and, eventually, ended up in the hands of Renault for a few years in the early 1980s.

The brand was subsequently taken over by Chrysler, and under the Daimler-Chrysler alliance, it ended up German, sort of. Today, it's part of Fiat-Chrysler and is, perhaps, the conglomerate's crown jewel, helping to keep cash flowing in – and other brands afloat.

The Wrangler interior has gotten much more refined over the years. But at its core this Jeep is still a mud-loving, off-roader at heart.

Over the years, the Jeep brand has seen many new and different models come and go. But each and every one has coasted along on the reputation of the original Jeep, which was officially renamed the Wrangler in 1987.

Source: www.nydailynews.com
Related Posts
Categories
Latest Stories
Mercedes restoration los angeles About Mercedes Motoring I grew up in Nevada next door to a Mercedes-Benz...
Enriching the Mercedes-Benz Sport Mercedes-Benz has a rich history of innovation and development that has...
Mercedes 300 estate Fast Shipping 30-Day Return Policy Low Prices To return a part, simply...
Mercedes benz station wagon diesel Straight off the plane and onto the breathtaking coastal roads of Southern...